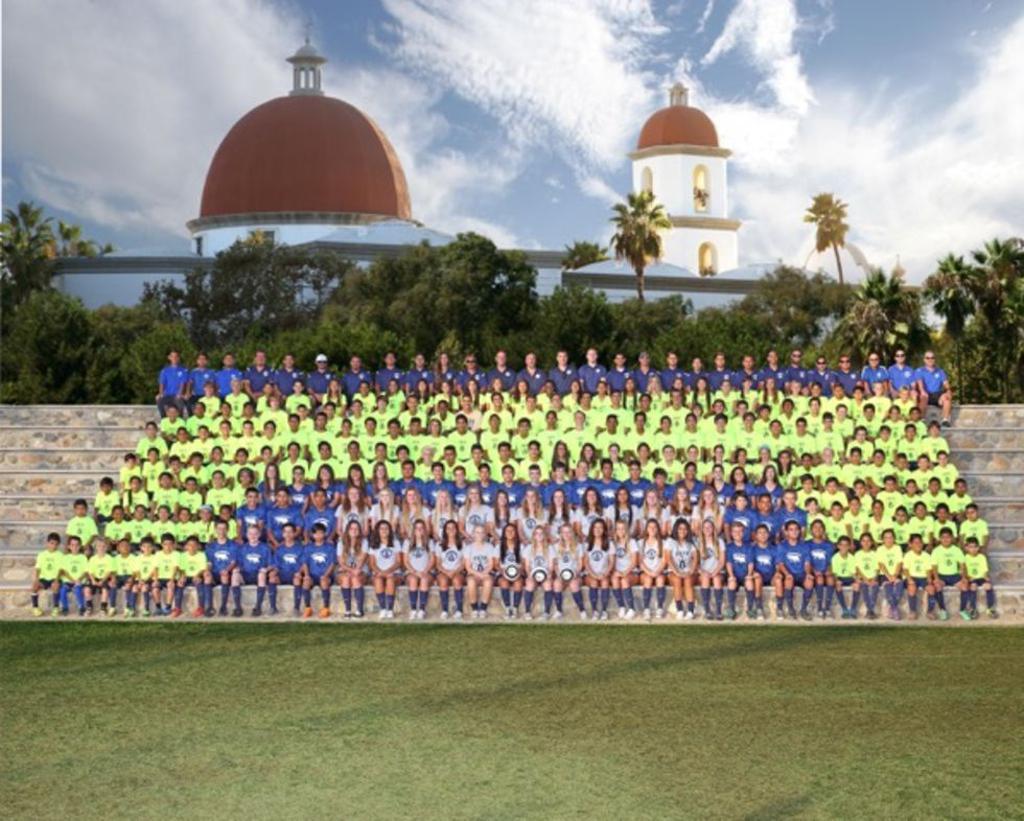 In the beginning, Peter Carey was just as determined getting his Capo FC players to turn up at Homework Club as he was to soccer practice.

From the day the San Juan Capistrano-based club in Southern California was formed 10 years ago, Peter’s primary goal was to provide kids in the community with an opportunity of High School and College Soccer.

He has already been successful beyond his wildest dreams - every single member of his current senior side will be playing college soccer next year - and his organization, California Premier League (CPL), has grown annually from just 3 teams in 2006 to 24 teams. The current 2016 roster has more than 400 kids, and continues to grow.

“Back In 2005 I was coaching a boy’s U-7 team and they were crushing it, but I couldn’t afford to put my nephew into club soccer,” said Peter, the club director and general manager. “It was just too expensive. So we launched our own club - we didn’t have any money, and a lot of talented the kids in our community couldn’t afford the high cost of competitive club soccer. But a little faith has taken us a long way”.

“Many of these kids were in danger of falling into the wrong kind of things. We wanted to help them get into their high school programs, so we started Homework Clubs when they were in Junior High along with our soccer training sessions. We would get tutors to help them with their grades; as we know, as student athletes their grades go hand in hand with high school and college soccer. Soccer is a great tool to help motivate our youth with their work in the classroom in addition to keeping them involved in something positive. It is so beneficial on so many levels, it was really an honor to provide kids this opportunity.”

Although the roster diversified as the club grew and became more popular, drawing in kids from San Clemente, Laguna Niguel, Lake Forest, and even Anaheim, the organization kept its fees low. Peter says the club provides “every opportunity of competitive club soccer, but for a quarter of the cost.”

“Our aim is still to get them into high school programs,” added Peter, who is also Head Coach at San Juan Hills. “Then we want to get them on track for college. That’s the end game for us. We don’t promise our kids that they’ll be the next superstar. We want them excel in school and to play soccer in college. That is what is going to open doors for them, in soccer as well as in life. We want them to know with hard work and belief, they can achieve anything."

The club is very active in the community, continually participating in activities like beach clean-ups, city events, and even offering a free soccer clinic for kids. “As much as I respect other clubs, we’re a little bit different. We have our identity and a unique culture about us.” said Peter.

As the latest Cal South club to register players with Football.com, CPL is looking to continue its steady growth - but Peter will ensure the club also maintains its close links to the local community and its insistence that players devote their energies to improving their education as well as their soccer skills.

1. Can you sum up your soccer philosophy?

PETER: We like our players to develop their skills as they progress. Every young player gets an opportunity to grow from an early age. We help them develop to play with both feet. And while they improve, to enjoy the game.

2. What are the most important attributes you look for in a young player?

PETER: Coachability, a good attitude, hard-working, and a good team player. If a kid has all of those attributes we’re very happy.

3. Who is/was your favorite pro player and pro team?

PETER: I love the Prem and Chelsea’s always been my team, although I’m enjoying watching Leicester this season. I’ve always loved watching the Brazilian players - I like Willian of Chelsea and I was a big fan of Ronaldinho. I’m also an LA Galaxy supporter, of course.

4. Sum up your own background in soccer?

PETER: I grew up playing soccer at San Clemente Soccer Club and San Clemente High School. My club coaches included former West Ham United striker Clyde Best, Paul Cahill who played for Portsmouth in England, and Martin McGrogan, head coach at Irvine Valley College. They we’re all a big influence on me. Then I went into the Marine Corps, and started playing in a Sunday league when I came back. I started coaching my son and my nephew and it kind of grew from there.

5. What’s the best advice you can offer to a youth player?

PETER: If they are older and they want to get to the next level, they are going to have to work hard. You are never going to love all your teammates and all your coaches but you must leave every practice feeling like you are doing better. I’d also tell them Soccer can help mold you into the person you want to be, and if you get to college you will always have an education which can benefit you as a working adult. I tell a lot of players - don’t make excuses - get after it. Hard work and belief.